New Year, New York: What to Eat in Manhattan

I’m back in London, having just returned from my first trip to North America in over a year. It was such a great month, one that finished up with five days in my favourite city–New York! It’s absolutely impossible to get bored there, and you don’t have to search hard to find good food (if you go with the crowds and prepare yourself to wait a while). You’ve just got to know the rules when eating there: tipping is all but mandatory, and 20% or $1 a drink is de rigeur these days. If it’s your first time there, you have to get some of the classic Manhattan foods first–spiced peanuts, street vendor pretzels, and maybe some pastrami from Katz’s–but after that there’s such maddening variety that you could have anything you ever wanted any night of the week. On that note, here are a smattering of the places I visited on this trip:

Penelope, 159 Lexington Ave. This was my first stop with Gillian after a super-long Greyhound trip, and it was such a pleasure. New York is the only place I can think of that tops Toronto for brunch. Brunching in New York is like a contest with twelve tables worth of winners, everyone jostling for space and the last of the waffles (which were awesome: pumpkin-flavoured with apple butter and spiced pecans). Best for: Long catch-ups and an invigorating start to the day.

The Ace Hotel, 20W 29th Street. We stopped here for a cocktail or two to begin our night, and the lobby bar was filled with colleagues having after-work drinks, Columbia kids who came downtown with their laptops to study and drink on the lighted tables, and those there to celebrate–like us! Have a glass of wine or bottled beer, sure, but I wish I had ordered a cocktail from their menu; they looked festive and delicious. Best for: An indulgent, posh evening.

The Blind Barber, 339 East 10th St. Barber shop by day, bar by night. Like Beauty Bar that we went to a couple of years back, this place was packed and hot (even on the night before New Year’s Eve); time to get cozy. I suggest crashing the library-esque VIP space at the back, or just mingling and seeing what kinds of characters you find; for example, one jolly gentleman offered a drink and then rescinded his offer, ripping his $20 bill in half and laughing hysterically. Har. You might even have a celeb sighting, as some of us did–what’s good enough for Zooey Deschanel is good enough for me! Best for: Feeling undeniably hip.

Ray’s Pizza, 27 Prince St. You can imagine how this goes: it’s New Year’s Eve, you’re trying to get home, and there are no cabs. One suddenly appears, but then the group ahead beats you to it. You stand on the curb for 20 minutes, your hand out like a fool, to no avail. You take a pizza break and munch on a hot plain cheese slice like this one from Ray’s. It makes the high heel-induced pain almost worthwhile. Best for: The consummate slice, with consummate New York attitude. Live it, love it.

Nobu, 105 Hudson St, plus a million other locations worldwide. For a restaurant that makes me think of Sex and the City (whether the ladies ever went here or not) it’s actually pretty reasonably priced, as long as you don’t order the delicious-looking (and very expensive) Omakase. You can get super-fresh sushi/sashimi fare here, which is what we did, or you can definitely get a mix of hot and cold plates, tapas-style. Actually, we got those too! The Arctic Char was lovely. The desserts–green tea ice cream, mochi sandwiches and chocolate mousse–also looked fabulous. Best for: Date night, platonic or otherwise.

Reserve, 407 3rd Ave. This place has the honour of being the only Thai wine bar I’ve ever seen–Thai tapas and wine. Cool. With a spicy curry in you, Prosecco at 20% off and complementary glasses of sparkling at the end, this place was the perfect entry to 2012. Happy New Year! 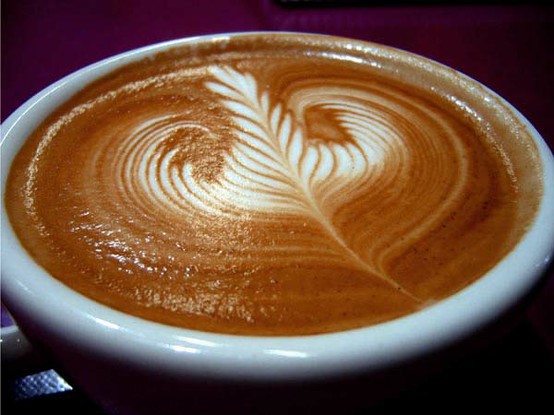 Birch Coffee, 5 E 27th St. Connected to the very cool-looking Gershwin hotel, Birch is preparing for the future with their super-sustainable stuff and friendly service. If that’s not enough,  they even cold-brew their own iced coffee (which I’m sure is more of a tempting treat in the hot, humid New York summers than it was then in the cold). Cool artwork, a quiet space and proximity to the Empire State building means that this is a nice central spot to begin or end your day. You might also try Joe, though beware that you could end up balancing your cuppa on your lap for lack of seats. Best for: An eco-friendly caffeine hit to your day–and an escape from the NY cold.

Sixth Ward, 191 Orchard St. “The Sixth Ward, otherwise known as The Five Points Neighborhood, was a place where tenants were terrorized and all manner of crime flourished. Hundreds of years later, thankfully times have changed.” So warns their website. Now the Sixth Ward is an Irish bar, and you’re more likely to be put in harms way by your own bad dancing than nefarious thugs. Best for: A Guinness, a dance, and an end to your New Year’s Eve. 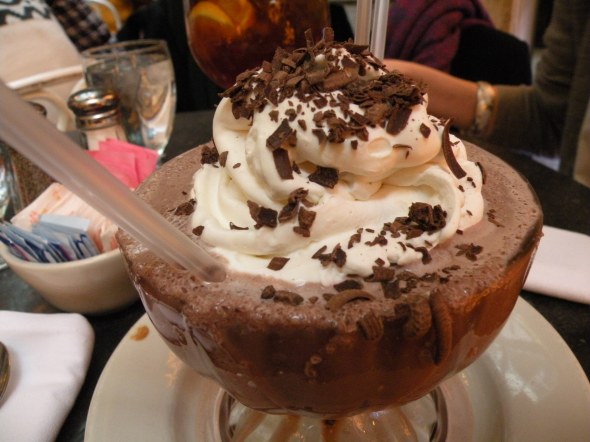 Serendipity 3, 225 E 60th St. What a favourite. I remember going to many birthday parties and farewells here when I was young. There was also a movie based on this resto, which made it even more famous and crowded. Have the frozen hot chocolate, in one of many flavours (like peanut butter and mocha) but beware both the $8.50 minimum and the fact that they accept only a very few reservations, so you’ll probably be waiting at least an hour. Best for: Nurturing your inner child.

Brasserie 360, 200 E. 60th St. While waiting for Serendipity’s to call our number (as you can see from the address, it’s right up the street), 360 was the place to go for ice water and lox with bagels. If you’re not gonna get pastrami on rye in New York, the least you could do is get some lox, capers and red onions. So New York! I also tried some of my friends’ sweet potato fries and can also concur that they are wicked. Best for: A relaxed, quiet brunch.

Other spots that I loved a lot a few years ago, but whose deliciousness will warrant more recent inspection include: H&H for bagels, Cowgirl for baked potato ice cream (try it!), Peanut Butter & Co. for the best fluffernutter, Babycakes for mostly gluten free vegan treats, Tony’s for enormous portions of Italian food, Lili’s for scallion pancakes and Tasti D-Lite for the original low-cal ice cream. Those places have active websites, so I’m hoping they’re still around, but while writing this I noticed with great sadness that a number of my favourites–like Annie’s, Totonno’s and Samalita’s–have closed. It’s a bit depressing, but I like to think that the owners go on to bigger and better ventures, and keep cooking delicious food. Thanks, New York, you’ve satisfied all my hunger pangs. Stay beautiful!